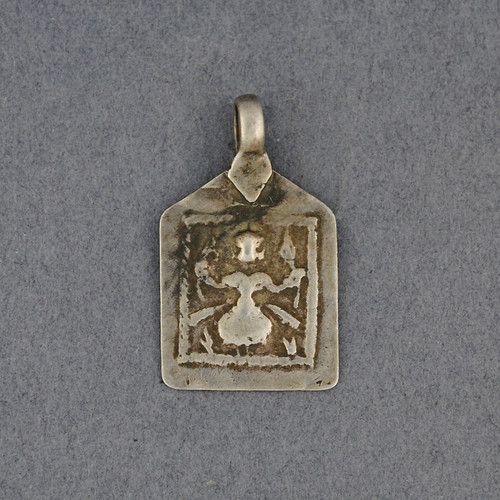 This is an antique silver amulet from India adorned with the image of Shiva, the creator and destroyer (who also represents regeneration). The third deity of the Hindu triad of great gods, he is often depicted with several arms and three eyes. He carries a trident and rides a white bull.